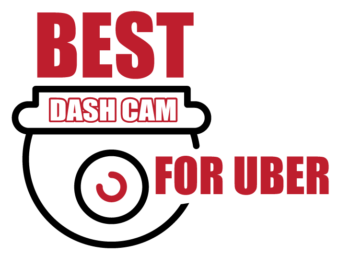 Should The Angle Of A Dash Cam Be Wide?

There’s a certain perspective that comes with the angle of your dashcam. However, with this comes a trade-off – larger angles come at the cost of reduced resolution and are more difficult to use while driving while smaller angles provide improved resolution of videos and images. Currently, dashcams with wider angles are popular, although this could be due to the fact that larger angles provide a better field of view and include more individuals per shot.

Is It The Angle That Matters Or Is It The Resolution?

A dash cam‘s resolution is a crucial factor. With a resolution of 1080p and the ability to capture videos at 60fps, the best dashcams have the ability to record videos on-board at a quality level that you can trust. Higher resolutions can lead to additional problems. Furthermore, there are dashcams that feature lower resolutions in order to give the user a cheaper product while also having the ability to mount the camera with an external LCD/display.

But, videos recorded at higher resolutions usually come with much greater accuracy. There are dashcams that feature 4K UHD resolution, which is four times greater than the traditional 1080p resolution. These typically cost more and are often found in higher-end models; however, they provide the user with high-quality videos and images with minimal distortion.

Should The Dash Cam Be Bigger?

There has been a lot of discussion about the dashcam’s angle. Currently, these cameras are featuring high-resolution with larger angles and massive screens to display the vicinity around the driver. In addition, some vehicles already come with in-car entertainment systems built into them; therefore, they already have large screens and consoles attached to them.

Bigger dashcams have a better field of view. However, it’s very difficult to focus on the road and your dashcam at the same time. Furthermore, wider angles are more difficult to use while driving because you need a wider range of peripheral vision to take in the images and videos being captured. Smaller angles have a greater level of precision, which makes it easier for you to see traffic, pedestrians, and other drivers around you.

A larger field of view is beneficial for a number of reasons. For example, wider angles can determine where the vehicle is located in relation to other objects around it. Wide-angle dashcams are especially useful when driving at night, in the rain, or during the hours between sunrise and sunset.

This is the result of the wider field of vision within a vehicle. A wider angle provides you with more room to fit additional objects into your shot. In some vehicles, it’s possible to capture two or more cars at the same time without much difficulty.

Because more cars and objects are captured, it’s possible to determine the vehicles’ make and model, the driver’s head position, facial features (like a license plate or a face), license plate numbers, time and date of capture, and other indicators. This allows you to determine if you’re being pursued by law enforcement officers or if there is attempted theft of your vehicle.

Depending on the dashboard’s general shape and the camera position, it can be easy to lose focus on what’s in front of you. When this happens, you’re at risk of being involved in a collision. A small dashcam is easier to focus on than a larger one that is attached to your windshield.

Wide angles can cause a number of problems. For example, it can distort the image and make it difficult to determine where the subject is located. This ushers a complexing situation as to who is at fault when a collision takes place. However, if you have an external LCD/display attached to the dashcam, then this shouldn’t be much of a concern.

As the quantity of vehicles is high, it’s likely that your dashcam will be slower in processing the video footage. It will take longer for your videos and images to record and save. Slower recording would also result in a lower-resolution image if the camera is fixed on the windshield.

A wide-angle dashcam should be larger than the average dashboard camera. It should also be placed on the dashboard and positioned to capture the driver’s field of view. The longer the field of vision, the more objects and cars can be captured.

The video resolution should be 1080p. Higher resolutions would be more difficult to view. For example, 4K UHD resolution would require having a large monitor or TV screen attached to the dashboard to take in the frame. This is not a necessary feature of a dashcam.

The field of view should be around 160°, more specifically 180°, to allow for optimal viewing when driving at night or in the rain.

Dashcams come in all shapes and sizes. There are wide-angle dashcams that capture a high quantity of automobiles, while there are others that can record videos of a still scene with precision. In addition, there are smaller cameras that are built into the dashboard to allow proper visualization with regard to traffic and other vehicles. Smaller dashcams are mounted on either the windshield or screen while larger models can be mounted on the dashboard or windshield.

Q. Which is the best dashcam on the market?

A. The best dashcam on the market is the Blackvue DR650S-2CH-IR. This high-resolution dashcam has a greater sensitivity rating, which enhances the quality of captured footage. It also features a superior field of view and a 140° viewing angle to provide the user with more coverage than the average model. Finally, it has a large screen which offers enhanced video quality and viewing angles.

Q. What are the differences between hardwire and WiFi dash cams?

A. Dashcam footage is admissible in court for several reasons. The footage shown in court is considered to be an important piece of evidence that helps determine the cause of a crash and where it originated from. Also, it can prove if the police or law enforcement officers were involved in a pursuit, accident, or incident.

Q. What is the cost of a dashcam?

A. The cost of a dashcam varies depending on the make, model, and brand. However, the prices can range from $60-$300 or more.

How Do I Hide a Dash Cam?

How To Hide A Dashcam  Whether you’re looking for the ultimate covert car accessory or want to avoid unwanted attention from law enforcement, there are many ways in which you can hide your dashcam. From some inconspicuous dash mount to traditional hardwiring, there are several discreet and efficient options available, but which one is best for you? Ways to Hide a Dashcam 1. Hiding Your Dashcam From Plain Sight  One popular way of hiding a

Are Dash Cams Worth the Expense and Hassle of Installing?

Introduction: Dashcam is a technology that allows users to record the action or surrounding view using a small camera. Yes, dash cams are worth the hassle of taking care of the installation process and expense. A recent study from AAA-USA found that most drivers have experienced at least one accident within the past two years. Now, it’s more important than ever to equip our vehicles with modern technology to protect ourselves and our families. To

Is It Worth Getting a Rear Dash Cam?

Is It Worth Getting A Rear Dash Cam?  It would seem that the answer to this question is an unquestionable yes. With the advancements in technology, especially in the automobile industry, why wouldn’t one want a rear-dash camera? These cameras offer a clear vision of the vicinity surrounding the automobile. They offer multiple benefits to law enforcement agencies by capturing wanted drivers and criminals as well as prove the innocence of other individuals.  Why do

Do Cop Car Dash Cameras Record the Speed of Other Vehicles?

Does A Dashcam Delete Old Footage Automatically?  A dashcam is a camera that records the view of the front of your car. A normal (non-dash) camera typically deals with old footage by deleting the oldest clips and saving only recent ones. Dash cameras, however, generally have much more storage space and will store all footage until it’s manually deleted. Why Is There an Option to Delete Old Footage Automatically? This option is to ensure that